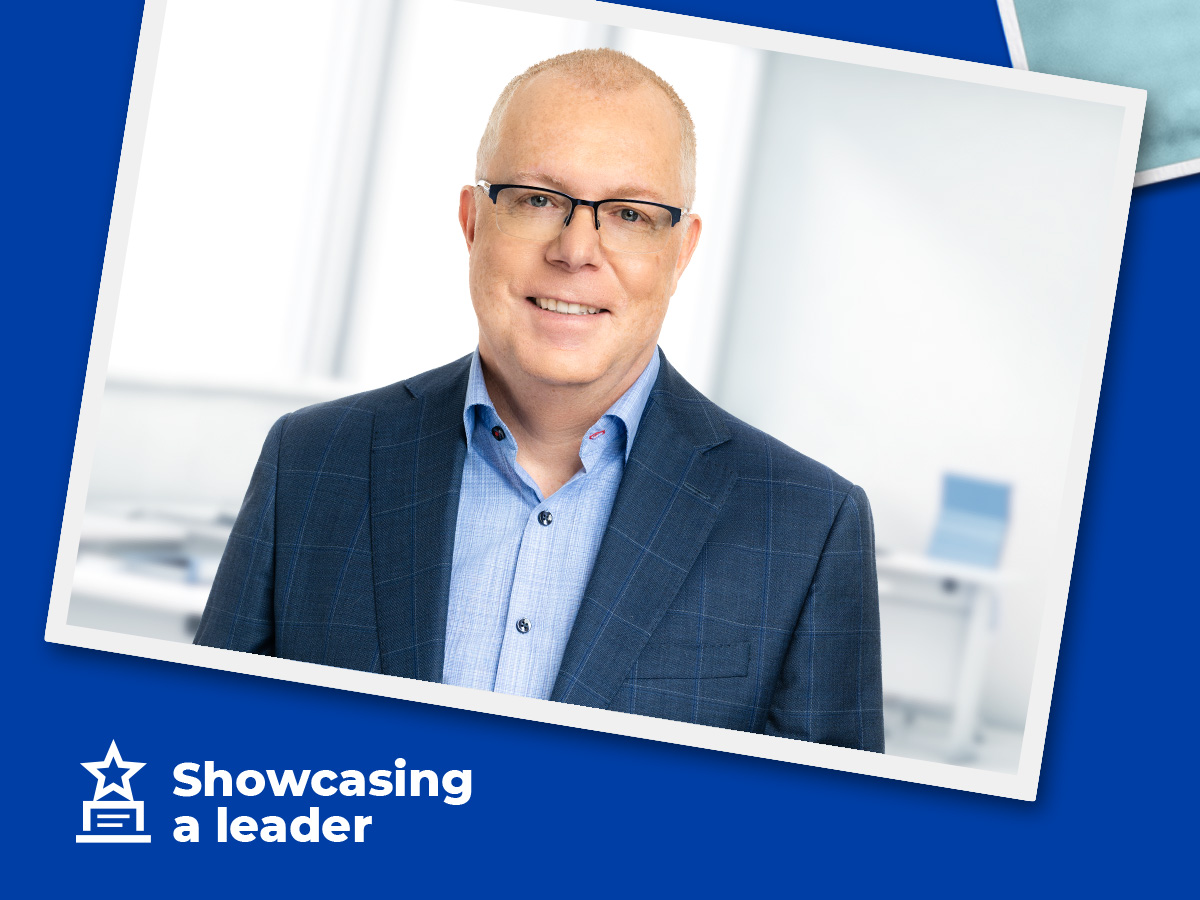 Éric Jobin arrived at iA Financial Group in 1999 and hasn’t stopped taking on challenges to achieve his visionary goals ever since.

After 23 years at iA Financial Group, it’s fair to say that he knows the company inside out at this point. Though he still thinks of himself as a “numbers guy”, his vision, diligence and knowledge sharing make him one of the most experienced experts on the team. And to think he started with just a consultant contract…

Although Mr. Jobin now works in senior management, the road he took to get there wasn’t a peaceful, lazy river, like the Jacques-Cartier river that runs by his house. As soon as he arrived, the 30-year-old actuary had to make his mark, having originally started on an external contract, a rarity at the time. Passionate and hard-working, he completed several complex product pricing projects. His drive to continually take on new challenges made him stop and reflect. He started to ask himself: am I still going to like my job when I’m 50?

This “pivotal moment” for him, as he describes it, enabled him to gain the support of one of his superiors, who believed in his ability to lead, despite the “skilled expert” image that had been attached to him since he started. He started a new role as a coordinator – a real crash course in management! Today, he looks back with gratitude on the time that shaped him into the leader he is today.

Now in his fifties, he can say with a smile that he still loves his job. And now, more than ever, Éric Jobin feels at home. His tenacity has led him to his current role as Executive Vice-President, Group Benefits and Retirement Solutions. Ideas, problem-solving skills and convincing people to believe in iA Financial Group are the raw materials that motivate Éric Jobin to keep going and fuel his sense of accomplishment.

Responsible for continuously improving iA Financial Group’s offers, he’s especially happy when he gets to share his knowledge and expertise with younger generations. “Supporting young people is important,” he says with experience. It’s not surprising that as a young university student he hesitated when deciding between actuarial sciences and mathematics, to become a teacher. Time has proven him right. It’s because of his dedication that he’s now where he’s supposed to be. He’s always sought to enjoy his work and has never taken it for granted, giving himself periods of reflection and playing sports as his outlet. He gives himself time to reflect on both his professional and personal life, somewhere he can be alone in his bubble. “For me, being in nature and playing in the forest is soothing and invigorating, it allows me to relax – it's where I get my best ideas.”