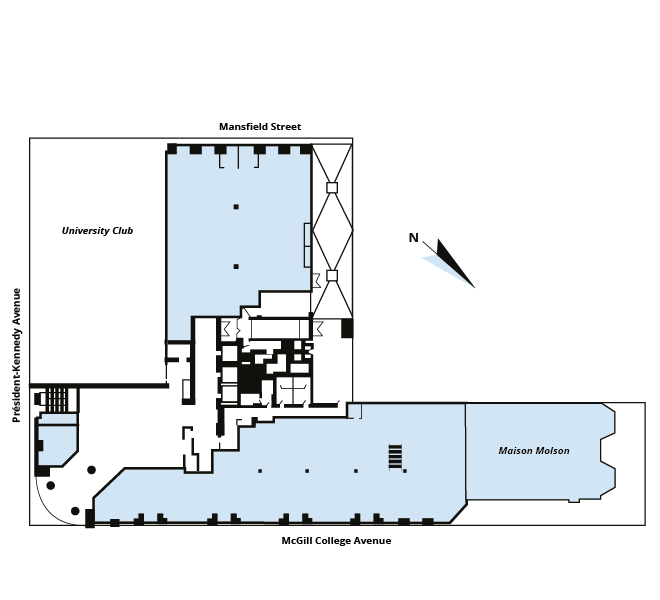 A stone’s throw from Mount Royal, Le 2200 McGill College is uniquely situated at the heart of Montreal’s business district. It occupies the quadrangle bordered by Sherbrooke, Président-Kennedy, McGill College and Mansfield.

McGill College Avenue is a sought-after, bustling corridor of financial services that meets the expectations of today’s generation of workers. It is home to some of the city’s most contemporary buildings of prestige. A multitude of restaurants, financial institutions, professional firms, shops and boutiques are also just footsteps away.

Other buildings in the area