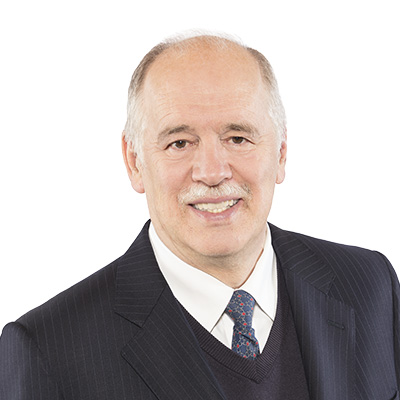 Jacques Martin is a corporate director. He is currently a member of the Board of Directors of RGA Life Reinsurance Company of Canada.

He spent 17 years at Goldman Sachs in London and New York where he was Managing Director and Head of International Equities at the time of his departure in 2003. From 2004 until 2008, he was Senior Vice President, International Equities, based in New York, for the Caisse de dépôt et placement du Québec.

He holds a Bachelor of Commerce from McGill University, a Bachelor of Law from Université de Montréal. He also has both an MBA and a certificate in corporate governance from INSEAD. He is a member of the Quebec Bar. 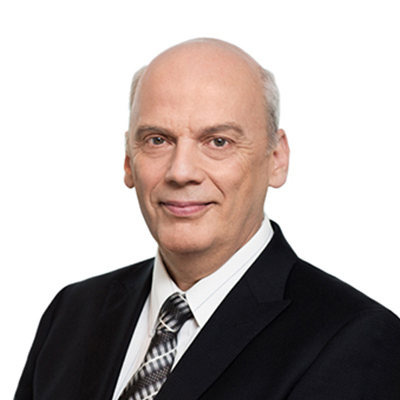 Mr. Mario Albert has extensive experience in the financial and information technologies industries. He worked at the Autorité des marchés financiers (AMF) as Superintendent, Distribution, and President and CEO thereafter. He also has held several senior management positions in private, public and parapublic organizations in Quebec, including La Capitale, the Ministère des Finances du Québec, Investissement Québec and Finances Montréal. 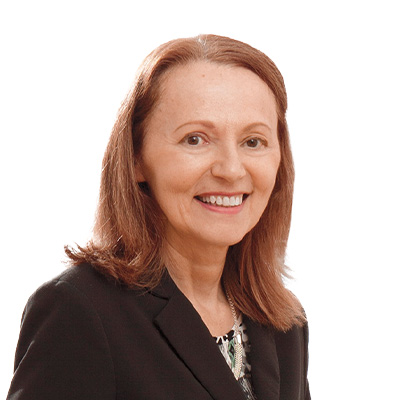 Agathe Côté was Deputy Governor of the Bank of Canada from 2010 until her retirement in 2016. With the members of the Governing Council, Ms. Côté shared responsibility for decisions with respect to monetary policy and financial system stability, and for setting the Bank's strategic direction. 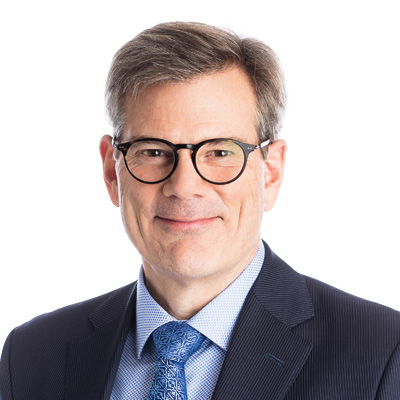 Benoit Daignault is a corporate director. He was President and Chief Executive Officer of EDC between February 2014 and February 2019. Prior to this appointment, Mr. Daignault served as Senior Vice President, Financing and Investments, after having served as Senior Vice President, Business Development. Prior to joining EDC in 2004, Mr. Daignault worked for more than 10 years at General Electric Capital, where he held increasingly senior positions in both Canada and the United States. Mr. Daignault holds a Bachelor of Business Administration from HEC Montréal and is a designated Chartered Financial Analyst (CFA). He completed the Proteus program at the London Business School and the Senior Executive Program at Columbia University. He currently serves on the Board of Directors of the Conference Board of Canada. 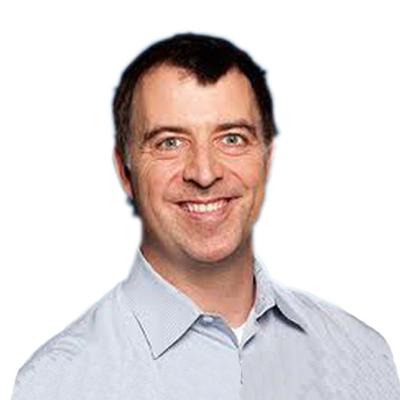 Nicolas Darveau-Garneau is Chief Strategist at Google Search. Prior to that, he was Director of Sales at Google in charge of a $1.2 billion division. He started with Google as Manager at the Montreal Office. Prior to Google, Mr. Darveau-Garneau was an Internet entrepreneur, consultant and investor.

Since 1995, he has co-founded many Internet companies, including Imix.com, BigDeal and Liquor.com, a company for which he has been a director since its inception in 2008. Mr. Darveau-Garneau is also an angel investor in Silicon Valley, California. He worked as a business analyst at McKinsey & Co. in Montreal and senior analyst at Sanford C. Bernstein & Co., LLC in New York.

He specializes in marketing and Internet product development. He holds an MBA with honors from Harvard Business School and a bachelor's degree in mathematics from University of Waterloo. Since 2012, he has been a director of a number of not-for-profit organizations.

Emma K. Griffin has been a director of Claridge Inc., a private investment company, since November 2017. Since January 2020, she has also been a director at Solotech, an organization that offers audiovisual and entertainment technology services. In February 2020, she joined the Board of Directors of St. James’s Place Plc, an FTSE 100 wealth manager. From December 2015 to November 2018, she was a director and strategic advisor for Golder Associates, a global organization offering environmental services.

From January 2016 to June 2019, Ms. Griffin was also a director of Aimia Inc. From January 2014 to June 2015, she was managing director and co-founder of Refined Selection Limited, a holding company created to invest in the professional services and recruitment industries. From 2002 to 2013, Ms. Griffin was a founding partner of Oriel Securities, a core brokerage firm recognized for its independence and for providing trusted advice, which was sold to Stifel Financial Corp. in the summer of 2014.

Until November 2016, Ms. Griffin was also Chair of the Board of Cancer Research UK’s Catalyst Club, a pioneering venture that raises money for personalized medicine research. She holds an MA from Oxford University. 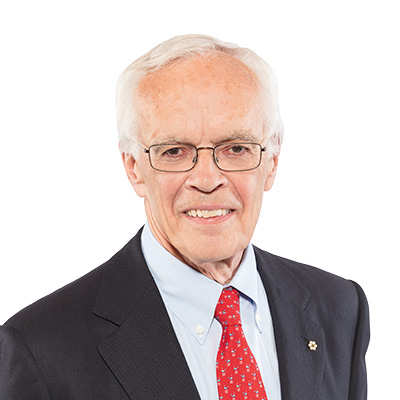 Claude Lamoureux was President and Chief Executive Officer of the Ontario Teachers’ Pension Plan until his retirement in 2007. An actuary by profession, he had been appointed to this position in 1990.

Previously, he spent 25 years as an executive with Metropolitan Life in Canada and the U.S. He is a director of the Home Capital Group Inc. and was a co-founder and board member of the Canadian Coalition for Good Governance. He has also been a director of a number of corporations, including Northumbrian Water Group, Domtar and Xstrata (now Glencore).

Mr. Lamoureux holds a BA from Université de Montréal and a B.Comm. from Université Laval. He is a member of the Society of Actuaries and Fellow of the Institute of Corporate Directors. 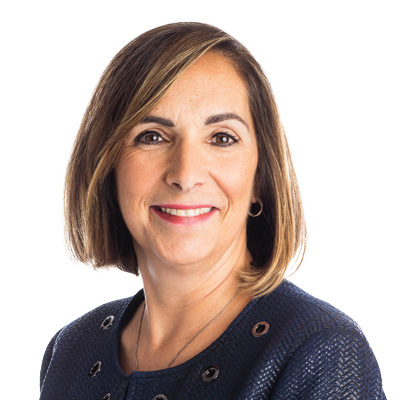 Ginette Maillé has been Vice-President, Finance and Administration and Chief Financial Officer at Aéroports de Montréal since April 2017. Ms. Maillé has over 30 years of financial, operational and strategic experience in startups and large companies, both private and publicly listed (TSX and NASDAQ), operating nationally and internationally. In particular, she was with Yellow Pages Ltd. for 14 years, where she held the position of Vice-President and Chief Accounting Officer to later be promoted to Executive Vice-President and Chief Financial Officer.

A chartered professional accountant, Ms. Maillé holds a Bachelor of Accounting Science from Université du Québec à Montréal. She sat on the board of Financial Executives International Canada (Quebec chapter) from 2014 to 2017. She is currently a member of the Board of Directors of La Fondation Le Chaînon. 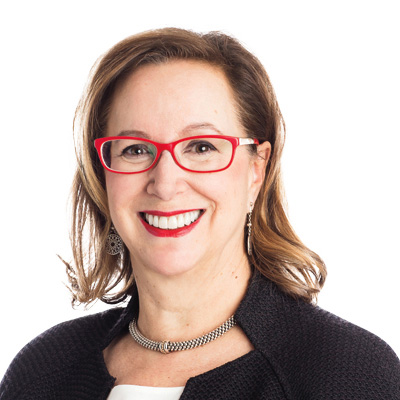 Monique Mercier is a corporate director. During her career, she has held various executive roles in the telecommunications and technology industry. From 2014 until she retired in December 2018, she held the position of Executive Vice-President, Corporate Affairs and Chief Legal and Governance Officer at TELUS. She oversaw legal and regulatory affairs, government relations, media, real estate and sustainable development. She began her career at Stikeman Elliott as a tax lawyer in 1984. She then worked at BCE and Bell Canada International before joining Emergis in 1999, which was acquired by TELUS in 2008.

Ms. Mercier holds a degree from the Faculty of Law at Université de Montréal and a master’s degree in political science from Oxford University, where she was awarded the prestigious Commonwealth Scholarship. In June 2018, Ms. Mercier received a Lifetime Achievement Award at the Canadian General Counsel Awards. In 2016, she was honoured as Woman of the Year by the organization Women in Communications and Technology (WCT).

In 2015, she was inducted into the Hall of Fame of the Women’s Executive Network Top 100 Most Powerful Women in Canada. In 2002, she was honoured with the Queen Elizabeth II Golden Jubilee Medal as a Canadian businesswoman who has made an exemplary contribution to Canada as a whole. 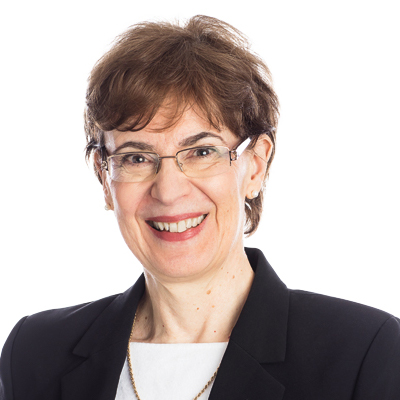 Danielle G. Morin has over 35 years of experience in various sectors of the financial services industry. She worked for Sun Life Assurance Company of Canada from 1977 until 1990 and for the Laurentian Imperial Company from 1990 until 1994, where she was Senior Vice-President and Chief Operating Officer. She then worked for Desjardins Group in the group pensions and pooled investment funds areas, before joining Canagex inc., a Desjardins Group investment subsidiary, as Vice-President, Finance and Operations, in 1999.

In 2001, she joined the Public Sector Pension Investment Board as Senior Vice-President of Financial Operations. Ms. Morin then worked as Senior Vice-President, Distribution and Client Services, at Standard Life Investments Inc., from 2006 until 2013. Ms. Morin has also been on the boards of ASSURIS, Standard Life Investments Inc. and the Fondation de l’Université Laval. 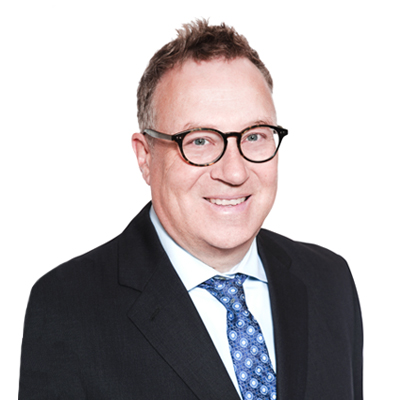 Marc Poulin currently serves as a corporate director. Mr. Poulin was a senior-level manager in the food industry in Canada. Over the last 19 years that he was at Sobeys Inc., he held, successively, the roles of Vice-President, Purchasing and Merchandising, Executive Vice-President and Assistant General Manager (Quebec), Head of Operations for Quebec and, from 2012 to 2016, President and Chief Executive Officer.

He also served as President and Chief Executive Officer of Empire Company Limited from 2012 to 2016. Prior thereto, Mr. Poulin held the strategic positions of Vice-President at Groupe Vie Desjardins-Laurentienne and at Culinar. Mr. Poulin is a member of the Board of Directors of the Montreal Heart Institute Foundation. He is also a director and member of the Audit Committee at Quincaillerie Richelieu Hardware Ltd. and a director and member of the Human Resources Committee at Sportscene Group Inc.

He holds a bachelor's degree in actuarial science from Université Laval and an MBA from the J.L. Kellogg Graduate School of Management in Evanston (Illinois). 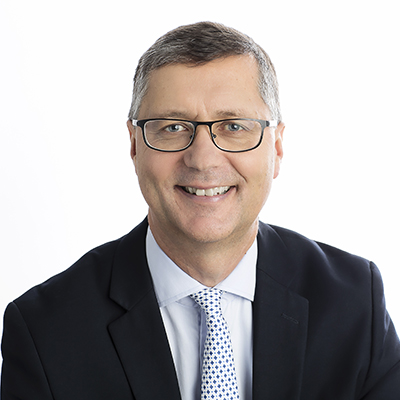 Denis Ricard is President and Chief Executive Officer of the Corporation, a position that he has held since September 1, 2018. Mr. Ricard began his career with the Corporation in 1985, where he assumed several positions. In 2003, he was Vice-President, Marketing, and then in March 2004, he was appointed Senior Vice-President and Chief Actuary, a role that he held until April 2010. He then became Senior Vice-President, Business Development. In 2015, he was promoted to Executive Vice-President, Individual Insurance and Annuities, position he held until November 2017, when he became Chief Operating Officer. Mr. Ricard is also a director of certain subsidiaries of the Corporation, including, most notably, Industrial Alliance Insurance and Financial Services Inc. Mr. Ricard obtained a bachelor’s degree in actuarial science from Université Laval in 1985 and in 1988, he became a Fellow of the Canadian Institute of Actuaries and of the Society of Actuaries. He is also a member of the Board of Directors of the Canadian Life and Health Insurance Association (CLHIA) and Chair of its Quebec chapter.

Mr. Ricard has been actively involved in the community for many years. He is a member of the campaign cabinet of Fondation CERVO, an organization that supports, in particular, mental health care and neuroscience research. He also serves as honorary chair for different philanthropic events or campaigns.

Louis Têtu is President, Chief Executive Officer and a member of the Board of Directors of Coveo Solutions Inc., an artificial intelligence customer experience software company. Mr. Têtu co-founded Taleo Corporation, a company that was acquired by Oracle in 2012, and held the position of Chief Executive Officer and Chair of the Board of Directors from the company's inception in 1999 through 2007.

Mr. Têtu is a mechanical engineering graduate from Université Laval and was honoured by the university in 1997 for his outstanding social contributions and business achievements. He received the 2006 Ernst & Young Entrepreneur of The Year award in the Technology and Communication category.