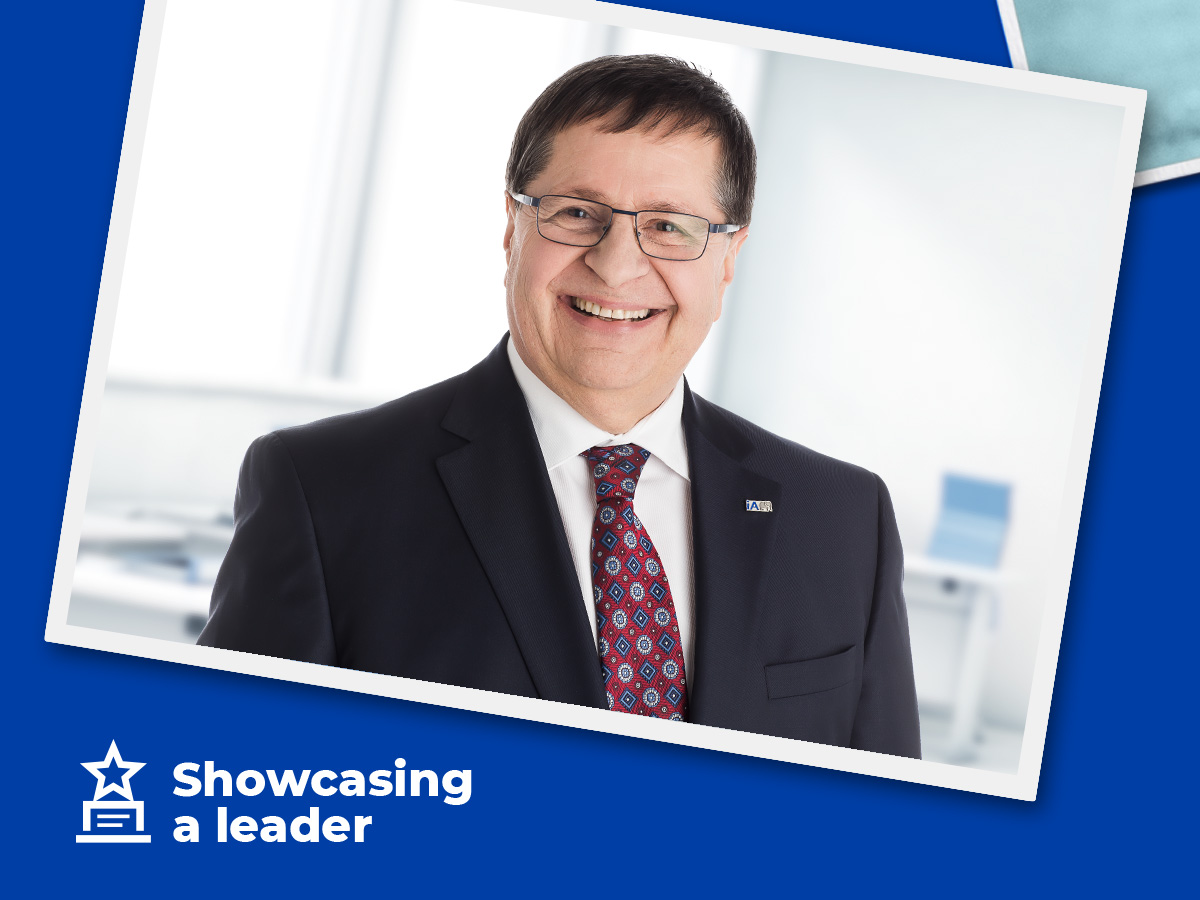 Jean-François Boulet is no fan of stagnation and he takes on challenges that may even seem impossible to achieve.

Since arriving at iA in 2003, Jean-François Boulet has been contributing to the success and development of his team members and of the organization. He puts his whole heart into it, all his ideas and his great ability to have a vision, a plan.

For as long as he can remember, Jean-François has always been an entrepreneur at heart. According to him, that comes from his father. In his younger years, he spent all his time at the family factory, where he took his first steps as a worker. He felt at home there. That’s where his father taught him the fundamentals of being the leader he would become: “Your job, son, is to have a vision, to look at where you’re headed, to surround yourself with good people and take care of them.” These words made an impact on the young Jean-François and paved the road ahead. A visionary, Jean-François has always had a global vision for the company where he chose to work. From the beginning, he saw the path he had to take to achieve the goals set, to follow his plan, in all the industries where he has worked during his career: manufacturing, finance, technology, insurance.

A team player, Jean-François Boulet prefers going on a first-name basis, speaking colloquially and being on equal footing with the people he works with. He is fully transparent in giving his trust, and hopes to gain the trust of others in return. “I’ve always felt that it takes people. On your own, you’re not going far and you won’t get much done.” That’s why with his eye for finding talent, he chooses the members of his team carefully. “There are five characteristics I look for in people. First, their ability to adapt, which I call “brain power”. Second, how motivated are you? Are you interested in doing this? Is this a challenge for you? Third, are you a curious person? Fourth, are you able to learn in action? And fifth, perseverance.”

With his team, Jean-François Boulet has done so much, and continues doing more. From the restructuring of Human Resources, to the evolution of client and employee experience, passing through organizational development and communications, he and his team have made a series of changes together, each of which is key in transforming the company’s culture. An enemy of the status quo, Jean-François Boulet is no fan of stagnation. He takes on challenges that may even seem impossible to achieve. With his skills and those of his teams, he reflects, looks for and finds the solution, the path to move forward. “I’ve always asked two questions: What’s holding us back? and How could we do it? With my crew, I throw ideas on the table. Take it apart, do what you want with it, I tell them, but if there’s one response I don’t want, it’s the status quo.”

Everything Jean-François has been doing, at iA and elsewhere, is intimately linked to his father’s legacy. He’s fulfilling his mission, the reason he knows he’s here on this earth: “to contribute to the success and development of individuals, organizations and communities.”